October 7, 2022
WASHINGTON – Gerald F. Hemphill, CIC, LUTCF, of Richmond, Virginia was installed as president of the National Association of Professional Insurance Agents during the organization’s September 22, 2022 board of directors meeting held in San Diego, California. 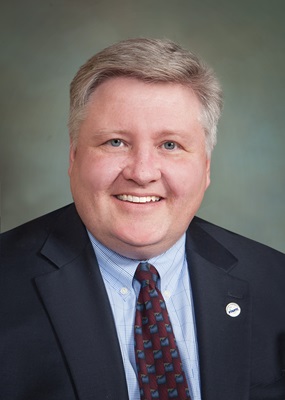 “PIA is constantly expanding its ability to be the preferred resource for independent agents,” said Hemphill. “During my installation remarks in San Diego, I mentioned a quote that has made a significant impact on me and one that I keep at my desk, ‘Change is inevitable, Growth is optional.’”

Hemphill pointed out that PIA is currently in the ascendency, the result of making significant advances in key areas in recent years. He said PIA adapted quickly to changes in the business environment prompted by the coronavirus crisis, having already invested in technology upgrades. He lauded PIA’s aggressive advocacy on behalf of independent agents that has produced legislative and regulatory victories that have added to agencies’ bottom lines.

“Our Association heads into 2023 in a position of strength, purpose and vision,” he said. With many initiatives, programs, products and services, there are a lot of exciting things happening within our Association, and I look forward to serving alongside our Board, Members, Staff, Affiliates and Carrier partners. I am humbled and grateful for this opportunity.”

An independent insurance agent in the metro-Richmond, Virginia area since 1993, Gerald represents all lines of insurance, specializing in commercial and life insurance risks. He was an agent for a large domestic carrier for five years and has been principal of his own agency ever since.

In 1996, Gerald earned his LUTCF (Life Underwriter Training Council Fellow) designation, and in 2002, completed his CIC (Certified Insurance Counselor) designation. He is a graduate of Campbell University and Fork Union Military Academy. In addition to his designations, he holds property and casualty, and life, health and annuity licenses.

Hemphill was President of the Professional Insurance Agents Association of Virginia/DC in 2010 and has served on the National Board of PIA since 2013. He was named the PIA of Virginia/DC Agent of the Year in 2012.

Gerald and his wife have two daughters, Ashley and Taylor.

Founded in 1931, PIA is a national trade association that represents member insurance agents and their employees who sell and service all kinds of insurance, but specialize in coverage of automobiles, homes and businesses. PIA’s web address is http://www.pianational.org.