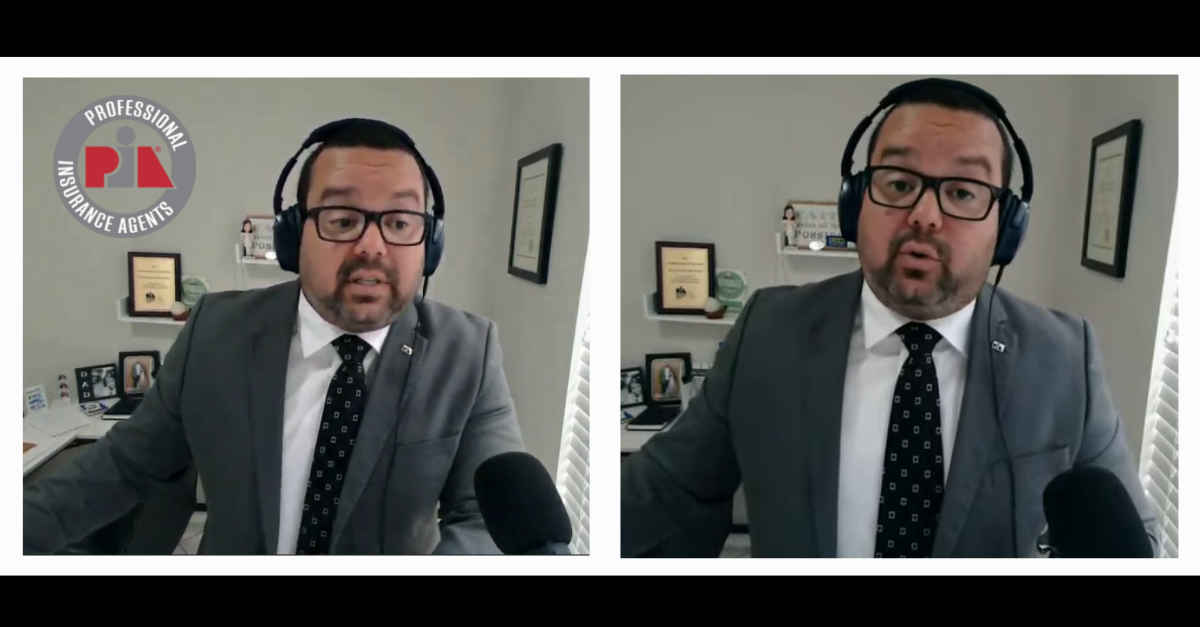 WASHINGTON — The National Flood Insurance Program (NFIP) needs a long-term reauthorization and key reforms, according to testimony provided on May 25 before the House Financial Services Committee by the National Association of Professional Insurance Agents (PIA).

Testifying on behalf of PIA was Ariel Rivera, founder and agency principal of Deer Insurance Agency, an independent insurance agency located in Jacksonville, Florida. Born and raised in Puerto Rico, Rivera has over 18 years of experience in the industry and currently sells flood insurance both through the NFIP and the private market. He also serves as Secretary of the national PIA.

Rivera addressed a broad range of issues regarding the flood program, including PIA’s support of Risk Rating (RR) 2.0; the NFIP’s need for a long-term reauthorization; the importance of a continuous coverage provision; the benefits of creating an affordability framework; and the need for greater rate transparency.

PIA strongly supports RR 2.0 because it will make the NFIP more solvent while also providing policyholders with more accurate information about their properties’ flood risk. With better information, we hope property owners will learn more about their risk of flood, engage in mitigation efforts where needed, and, ultimately, purchase flood insurance that matches their risk.

“The rating engine was designed to take in data from agents and produce a rate, so the system does not show how it arrives at a particular rate,” he said. “Agents cannot see what effect any single data point has, making it nearly impossible for them to walk policyholders through the system’s process of building an increased rate. Policyholders deserve to understand how their data is being used to calculate their premiums, whether mitigation efforts could change those premiums, and how existing mitigation efforts are accounted for in the new system.

“Independent agents are the face of the NFIP, and our expertise and personal attention to our clients are vital assets to the program. The lack of transparency in the rating engine makes our work harder because it leaves us with frustrated clients and incomplete information. Better information about how rates are produced would help us maintain the level of service we are accustomed to providing and would improve the customer experience. Increased transparency will lead to an increase in the flood insurance take-up rate all over the country, which will further strengthen the NFIP.”

The program’s most recent five-year reauthorization expired on September 30, 2017, nearly five years ago. Leading up to that deadline, Congress was unable to agree on reforms to the program. As a result, the NFIP briefly lapsed three times within a three-week period in early 2018. Since the 2017 deadline, the NFIP has been subject to around 20 extensions of varying lengths, and its current extension will expire on September 30, 2022.

“The series of short-term extensions over the last five years has been extremely disruptive for everyone associated with the NFIP, including policyholders,” Rivera said. “Even if the program does not lapse, the federal government and every facet of the insurance industry incurs costs associated with preparing for a lapse as the NFIP’s next expiration date approaches.”

Rivera noted that the inclusion of a continuous coverage provision in any reauthorization is one of PIA’s top priorities. Continuous coverage would allow policyholders to move between the private market and the NFIP without penalty. “We were gratified to witness the bipartisan support this provision garnered in the 2019 committee vote and appreciate its inclusion in the draft legislative text associated with today’s hearing.”

PIA stated that, to increase the take-up rate, particularly in high-risk areas, the NFIP needs an affordability framework with means testing to ensure that flood insurance is not out of reach for those who need it most. PIA is committed to the creation of an affordability framework to ensure that existing NFIP policyholders are not priced out of their homes as their rates increase along the glide path toward full risk.

“Because agents are in regular communication with existing and prospective policyholders, they are already seeing the effects of RR 2.0 increases in some of the communities they serve,” Rivera testified.

Consumers and agents need more information about how the new methodology’s rating factors combine to calculate NFIP premiums, especially in the context of mitigation efforts. Reauthorization should include provisions demanding greater rate transparency from FEMA, including information about how the rating engine builds a rate and how rating factors may be used to increase or decrease a rate. Everyone invested in the future of the NFIP would benefit from understanding how the system is intended to work.
Rep. Nydia Velázquez’s National Flood Insurance Program Administrative Reform Act of 2022 includes provisions that would strengthen disclosure requirements for NFIP policies, and PIA supports these provisions.

PIA also advocated for the creation of an Agent Advisory Council housed within FEMA, but independent of the agency, which could provide FEMA with agents’ recommendations to enhance the customer experience.

In conclusion, PIA’s Rivera urged Congress to work toward a long-term NFIP reauthorization that will attract and retain policyholders and provide everyone associated with the program the certainty they need to remain in the business of flood insurance.

“We support the NFIP because it provides critical flood coverage to residential and commercial property owners, and we support Risk Rating 2.0 because it provides property owners with a more accurate estimate of their flood risk than was previously available to them,” said Rivera. “This additional information will help property owners make sound decisions about how to protect their investments. Plus, the progress toward risk-based rates will enable the NFIP to rebuild its long-term financial stability for the first time in nearly twenty years.”

Founded in 1931, PIA is a national trade association that represents member insurance agents and their employees who sell and service all kinds of insurance but specialize in coverage of automobiles, homes, and businesses. PIA’s web address is www.pianational.org.